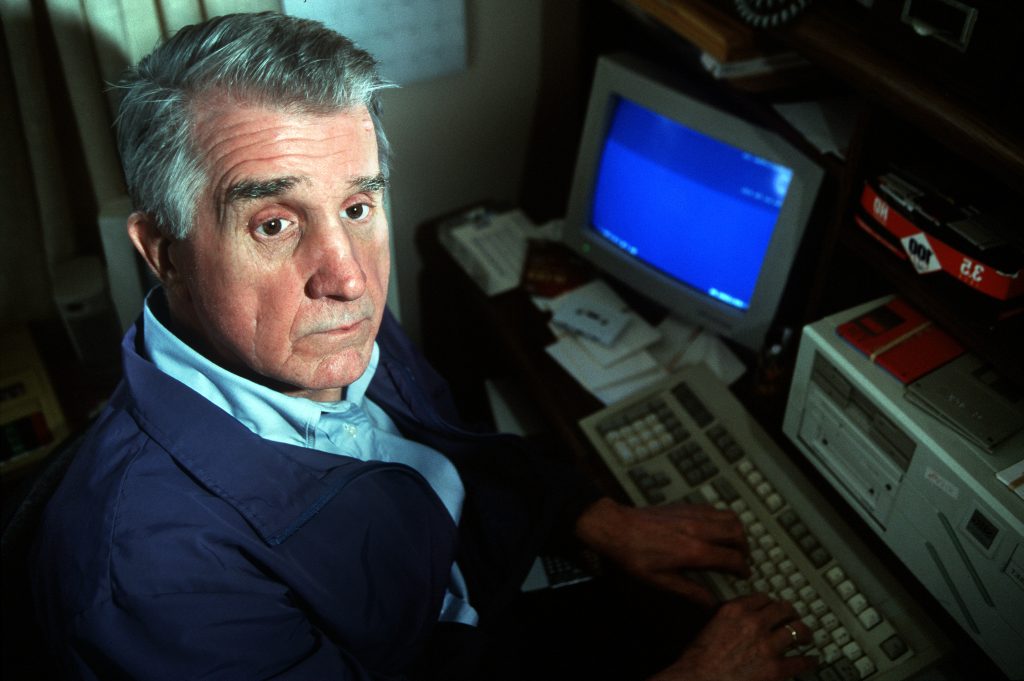 LANGFORD, Robert “Bob” P. Bob Langford was born in Hobbs, New Mexico, and passed away at the age of 91 on May 18, 2021, in Fairfax, Virginia. He was the second of two boys born to Arthur Lois and Alpha Mae Langford. Bob led a remarkable life and will be missed by all who knew him. Blinded at age 16 in an accident, he re-focused his entrepreneurial spirit and bon homie to leading non-profit organizations across the nation. He was the first blind person to graduate from public high school in New Mexico and the first blind person to receive a bachelor’s degree from the University of New Mexico. His degree included a triple major: Psychology, Social Work, and Education. Bob was outgoing and had a keen sense of adventure. His guide dog Fritz was awarded membership in his Kappa Alpha fraternity both for leading the fraternity brothers out of a smoky canyon, but also because Fritz had attended all the meetings. After applying for a vocational rehabilitation job with the University of Wisconsin and not receiving a response, Bob took a bus to Madison (some versions of this story say he hitchhiked across country with Fritz). He hoped for a job interview but stayed to earn his master’s degree in Vocational Administration. Within 12 years, while working full time, he married Norma Jane King, had three children, and eared his PhD in Rehabilitation Administration at New York University. Throughout his career he was the Executive Director of Easter Seals Society in Utah, Maine Institution for the Blind, and Goodwill Industries of South Carolina. But Bob always managed to include others in his life adventures. He enjoyed scuba diving, playing golf, water skiing, and bowling. Later in life he discovered the joyful autonomy computers provided, and with his network of friends and Lion’s Club buddies, established Computers For The Blind in Dallas, Texas. CFTB has delivered more than 10,000 computers to persons with visual impairments. Despite his accolades, one of his favorite roles was Grampa Bob, who entranced his grandchildren with demonstrations of his magic collapsible cane. Bob was pre-deceased by his wife of 27 years, Doris Buteau Norris, his parents, and his brother and sister-in-law, Arthur and Millie Langford. He is survived by his first wife, Norma Jane Langford, his children, Lee, Lynn, and Mark Langford and their spouses, Sheri Leibowitz Langford, Susan McGaughey Langford, and Frank Burkhart, and eight grandchildren. Per his wishes, there will be a private celebration of his life at a future family gathering. In lieu of flowers, please feel free to donate to computersfortheblind.org. PayPal is accepted, or checks can be mailed to CTFB, 1201 S. Sherman St. #206, Richardson, TX 75081.